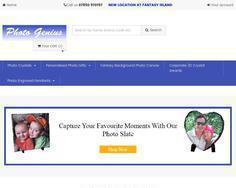 2.0
Terrible
from 0 to 10
1 review on Trustmeter
Review company

Unacceptable experience, unreasonable and rude conduct. No customer service standards at all.
The shop had no customers in when I arrived to place an order, the assistant took 20 minutes to finally help me with my order. The assistant then persuaded me to change what I wanted as said it would be better for my needs. I agreed and then was told my order would be ready within an hour. I went back hour and a half later and was told by the same assistant that they were busy and it'll definitely be ready within the next 30 minutes. So I went away with my two children to occupy them for a further 30 minutes Three hours after I originally place the order, when I was told it'll be ready in an hour, I went back to collect the items I ordered. As I walked into the shop the assistant told me they were just coming. I then witnessed her actually doing my order in front of me, so it wasn't ready at all. Then she said the other part of my order wasn't ready, without saying I was completely shocked, I was told an hour and I had already waited three. When I asked how much longer it'll be, I was sent next door to ask the assistant there. I walked in and witnessed a personal phone call taking place, then the man said he had to go as was getting busy and I was waiting. I explained that I was still waiting for my order which I was told would take an hour and I had already waited three. He found my order and to my surprise he hadn't even started it. I challenged the fact that I was told one hour, it had now been three and yet it still wasn't ready. I was having to occupy two children while I was waiting, to which were bored and now fed up. I wasn't prepared to wait any longer so asked for a refund. He then sent me back to the original assistant in the other shop to get one, while mumbling under his breath. As I collected the refund, he then appeared in the shop., he was very rude and told me that if I had ordered it online it would have taken longer than an hour to receive. I explained that was all good and well but if your told an hour it should be ready within that time. Not three hours later and only part of an order ready. He was unreasonable and rude, he continued in telling me I was in the wrong and wasted there time etc, I left the shop with my money back. Overall this is the worst experience I have ever had, the assistance were rude, unreasonable and unrealistic. There was no appologie for my experience, just a unacceptable experience of an assistant shouting at me saying it was my fault. Would definitely never shop there again.
Are you business owner?

Upload Your Photo NOW! We convert it to 3D and laser it into 3D Photo Crystal. BEST VALUE ONLINE. A1 CUSTOMER REVIEWS. We also make Photo Mugs, Photo Pendants, Photo Slates and much more!